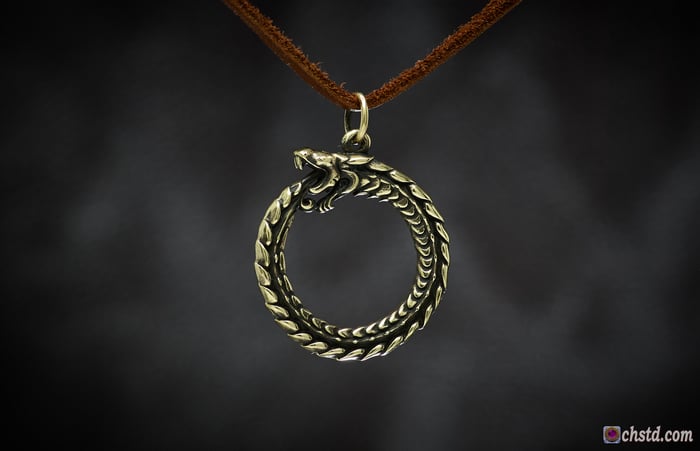 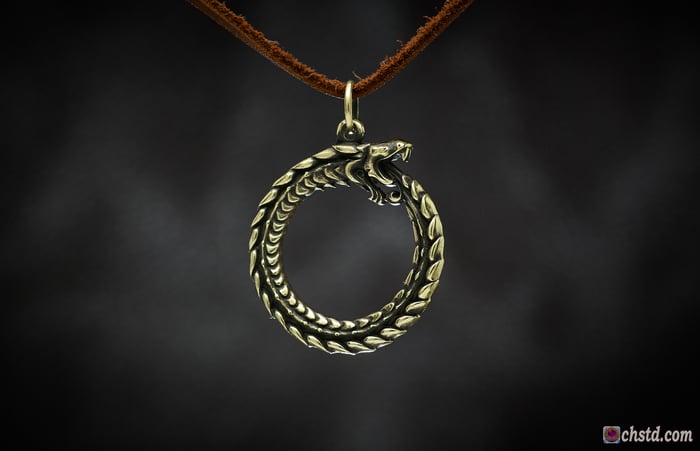 The Ouroboros is an ancient symbol depicting a serpent or dragon eating its own tail. The name originates from within Greek language; (oura) meaning "tail" and (boros) meaning "eating", thus "he who eats the tail".
The Ouroboros represents the perpetual cyclic renewal of life and infinity, the concept of eternity and the eternal return, and represents the cycle of life, death and rebirth, leading to immortality, as in the Phoenix.
The ouroboros has been important in religious and mythological symbolism, but has also been frequently used in alchemical illustrations, where it symbolizes the circular nature of the alchemist's opus. It is also often associated with Gnosticism and Hermeticism.