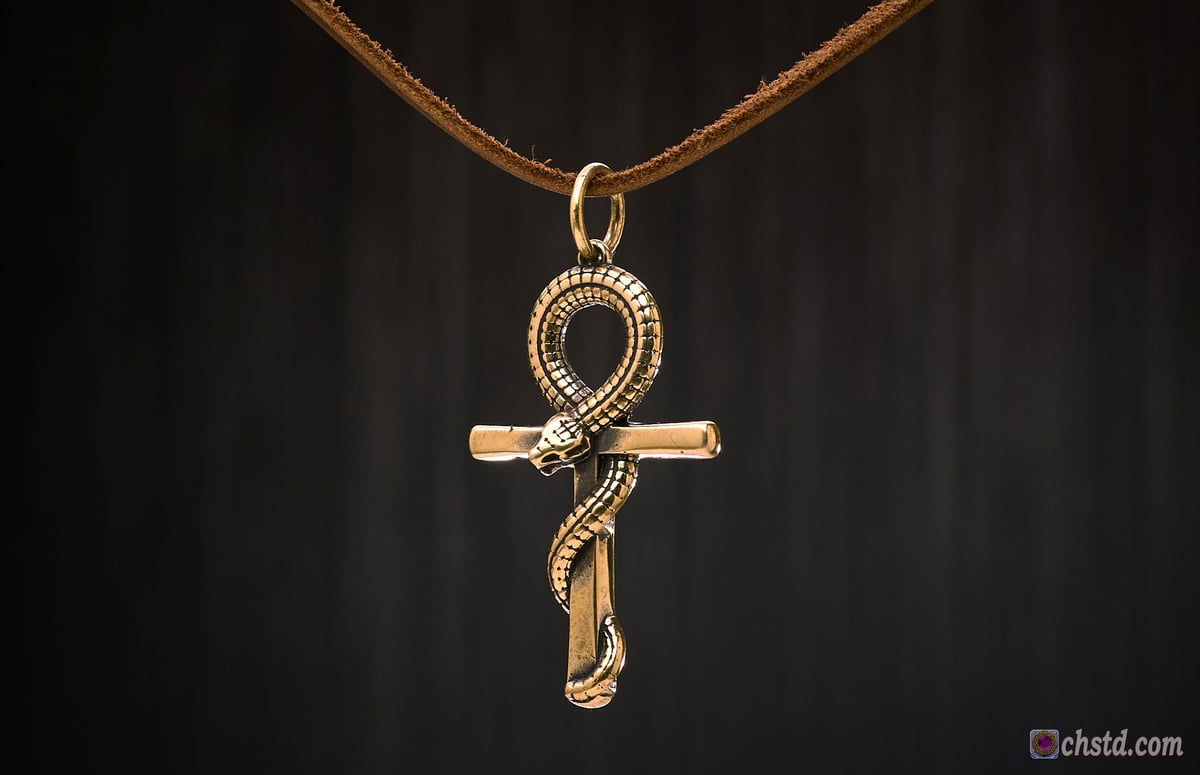 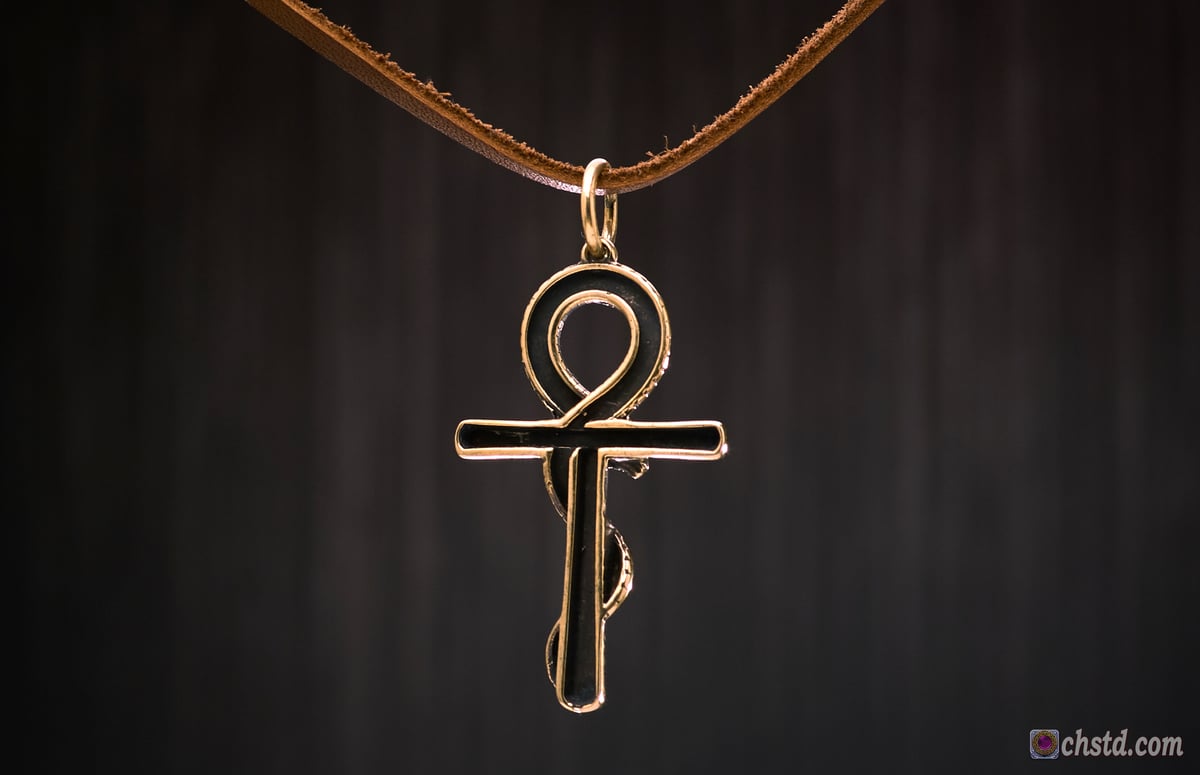 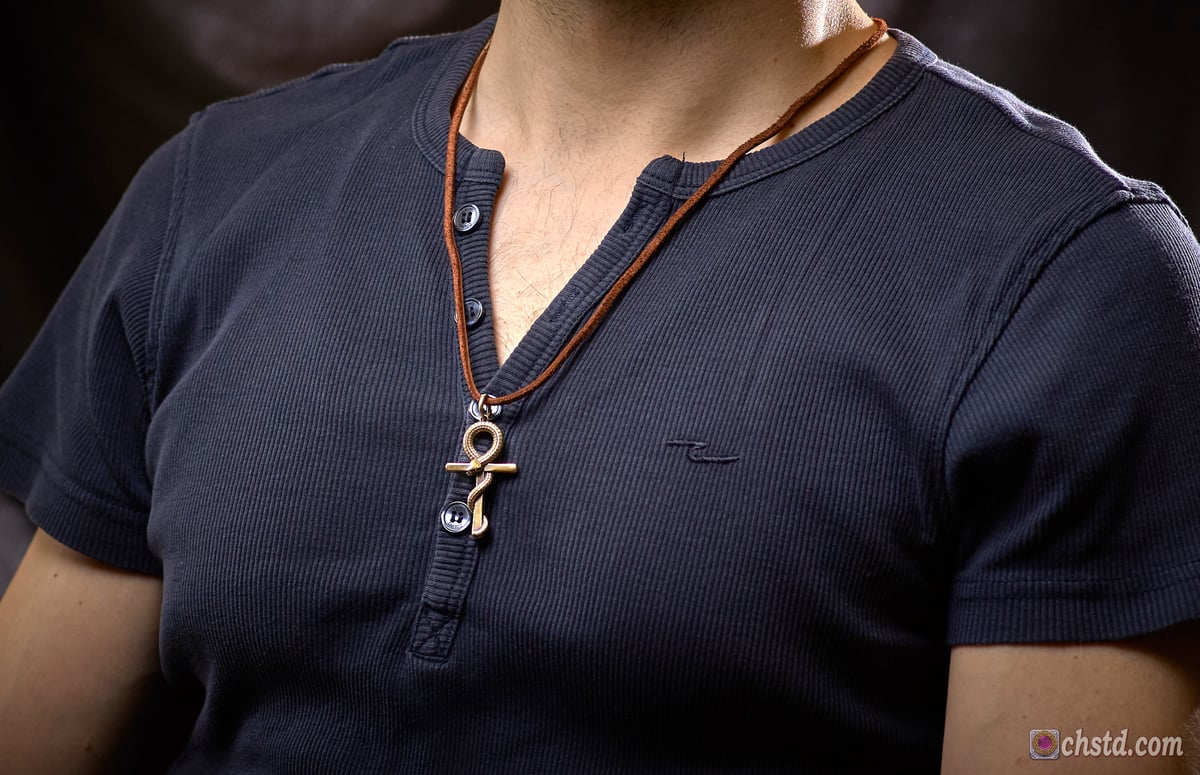 Ancient egyptian symbol " ANKH with Serpent " Protect and Safe Amulet, the ankh as a symbol of power and wisdom.

The Ankh, also known as key of life, the key of the Nile or crux ansata... This symbol is one of the most known symbols of ancient Egypt and it is often used as the graphic synonym for this ancient culture. Due to this context, as well as due to the fact that many pictures of Egyptian gods and goddesses contained the symbol ankh in their hands, this symbol was adopted as a symbol of modern religion called Kemetism (although different Gnostic sects have long used this symbol), which is reconstructing the ancient Egyptian religion at the present. Many neo-pagan, New Age, and pagan sects wear the ankh as a symbol of power and wisdom or to show that they honor the Egyptian pantheon.