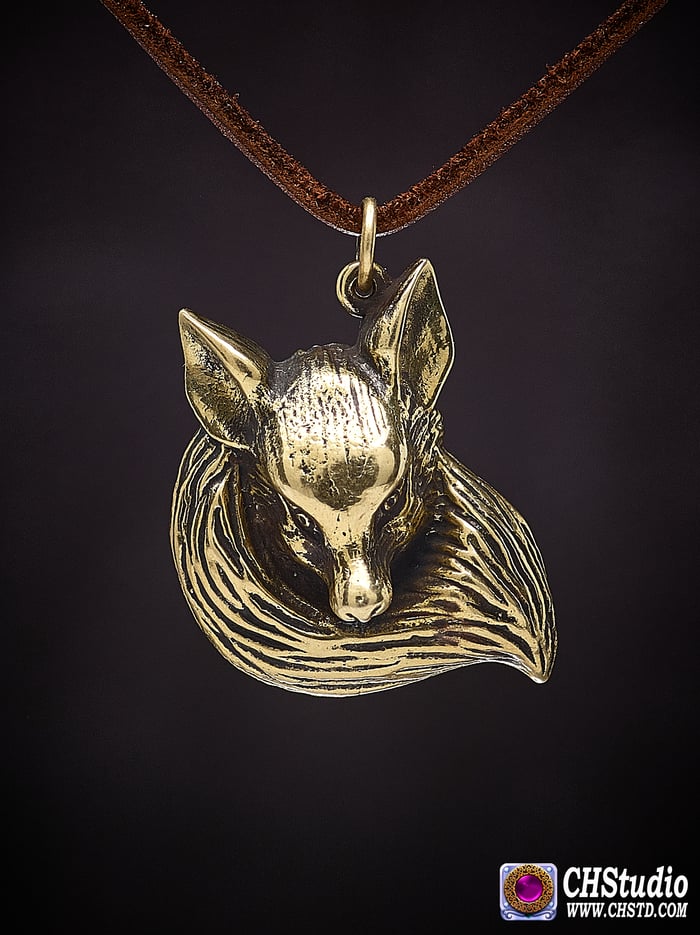 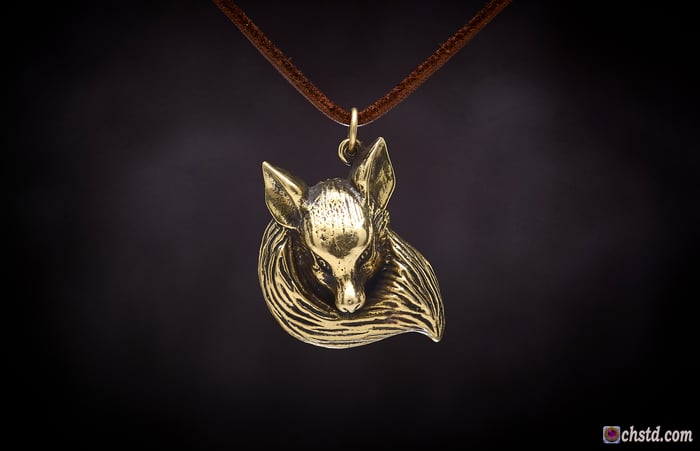 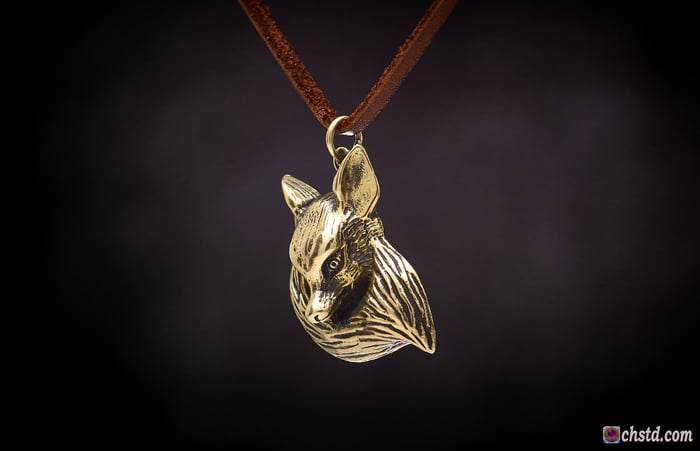 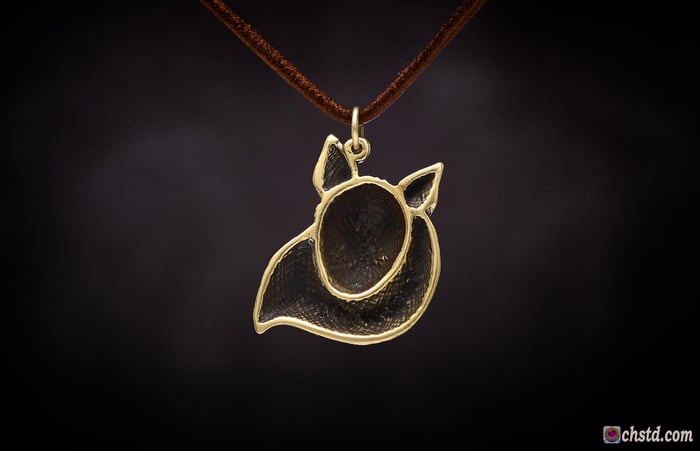 Size: 1.48" (3.7cm) x 1.24" (3.1cm) x 0.52" (1.3см).
The fox is a symbol for intelligence, cunning, slyness, longevity, fertility, strategy, quick-thinking, adaptability, cleverness, wisdom, passion, desire, intensity, expression.
The fox encourages us to think outside of the box and use our intelligence in different, creative ways. The fox also brings us a message to try to approach our circumstances differently that we normally would.
In the medieval period, it appeared as a symbol of the devil but in China and Japan fox is brings wealth. There is a saying that beautiful women are known as 'foxy' because they are lithe, lean and with some danger about them.

Foxes are seen as power animals / totems throughout the world. The Chinese believed foxes could take human form. In Egypt the fox brought favour from the gods. There was a fox god in Peru. Foxes aid the dead get to the next life in Persia. The Cherokees, Hopi and various other Native American Indian tribes believed in its healing power, the Apache credited the fox with giving man fire. Fox is amongst the most uniquely skilled and ingenious animals of nature. Being a night creature, fox is often imbued with supernatural powers. Foxes are usually seen at dawn and dusk. Dusk starts off their day, and the dawn is its ending. This is the time, when the world of magic and our every day realities cross paths. As fox is an animal of the between times and places, it can be a guide into the faerie realm. Fox has a long past of magic and cunning associated with it. It can move in and out of circumstance restoring order or causing confusion, depending on the occasion. Fox has the amazing ability to outwit both predators and prey. Fox shows us how to slip out of unpleasant situations quietly and unnoticed. Fox is a wise, potent, teacher for those who choose to live conscious and deliberate lives. Fox can show us the skills necessary when it comes to handling people. The ability to camouflage can be deduced as being able to take a step back and view an interpersonal situation with detachment. This includes opening up the less obvious senses, such as intuition. Fox's Wisdom Includes: Shape shifting, cleverness, observational skills, cunning, stealth, camouflage, feminine, courage, invisibility, ability to observe unseen, persistence, gentleness, swiftness, wisdom, reliable friend, magic, shape shifting, invisibility. Fox can teach us to control our auras so we are more able to live in harmony with the world and others.