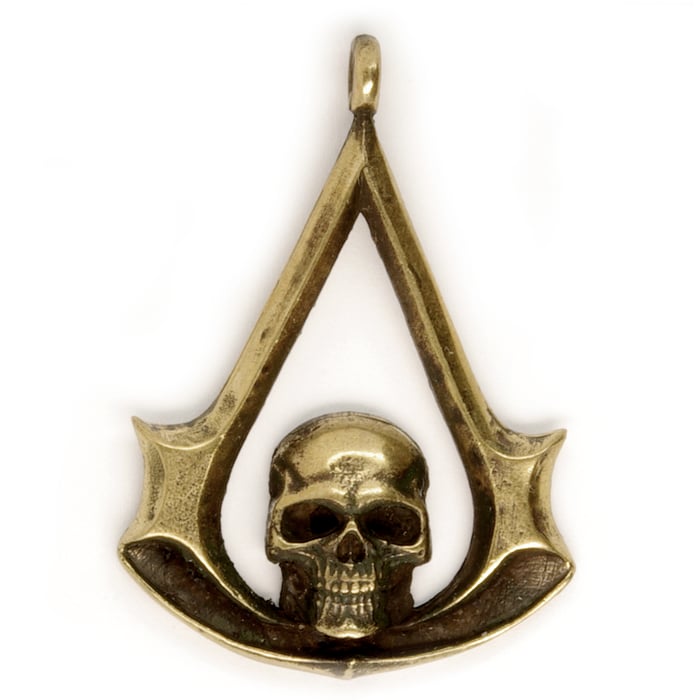 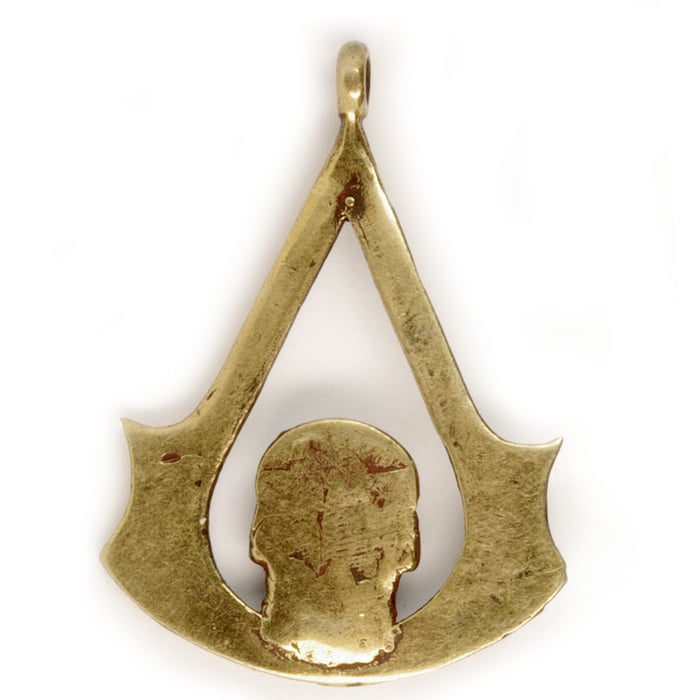 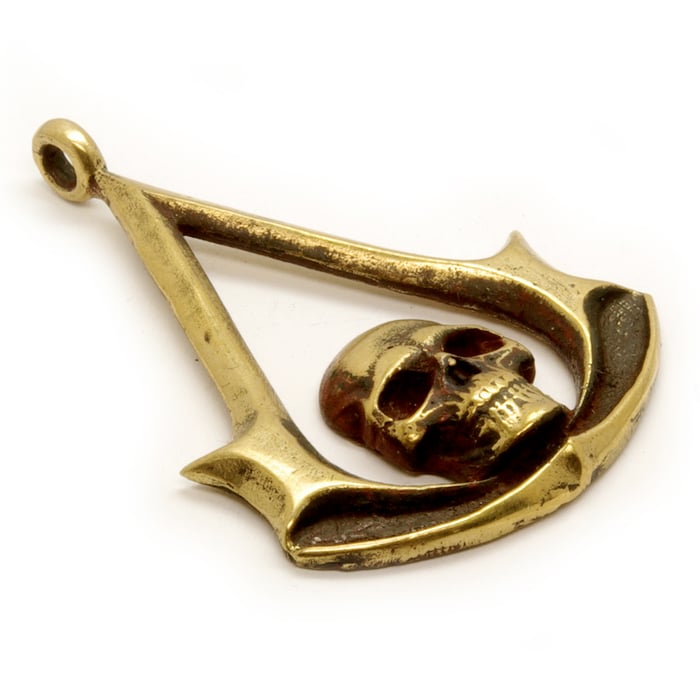 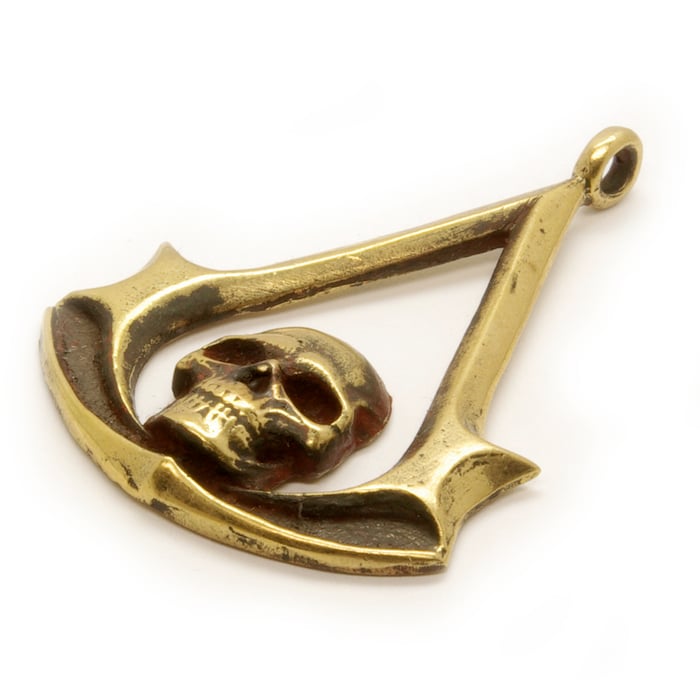 Pendant " jolly roger " size: 2.2" (5.5cm) x 1.60" (4.0cm) x 0.28" (0.7см).
Many notorious pirates were known to fly a Jolly Roger pirate flag during the Golden Age of Piracy; in many cases, the flag was raised as a form of psychological warfare just prior to attack to instill fear and sometimes uncontested surrender of an enemy ship. The Jolly Roger flags varied among pirates; although, the flags typically contained some version of a skull and crossbones displayed on a red or black flag. The name Jolly Roger most likely came from a slang pronunciation of the French name "Jolie Rogue" for the red flag... translated to "pretty red" to describe the bloody banners flown by early privateers. The skull and crossbones commonly displayed on pirate flags likely came from the typical notation found in a Captain's log to indicate the demise of a fellow shipmate. Pirates were often known to fly false colors (raising the national flag of the ship they approached to appear friendly) and to misrepresent their intent to attack...which is now accountable for the phrase used by suspecting Captains who would shout..."show your colours"...secretly hoping they would not see the infamous skull and crossbones hoisted in the air...better known as flying the Jolly Roger. Emanuel Wynn, a French pirate, is often considered one of the first pirates to fly the now familiar form of the Jolly Roger flag. His flag contained a skull and crossbones along with an hourglass symbol (a common addition to pirate flags) to convey a message that a timely surrender was expected...or else...the defending captain and crew should expect the worse consequence!