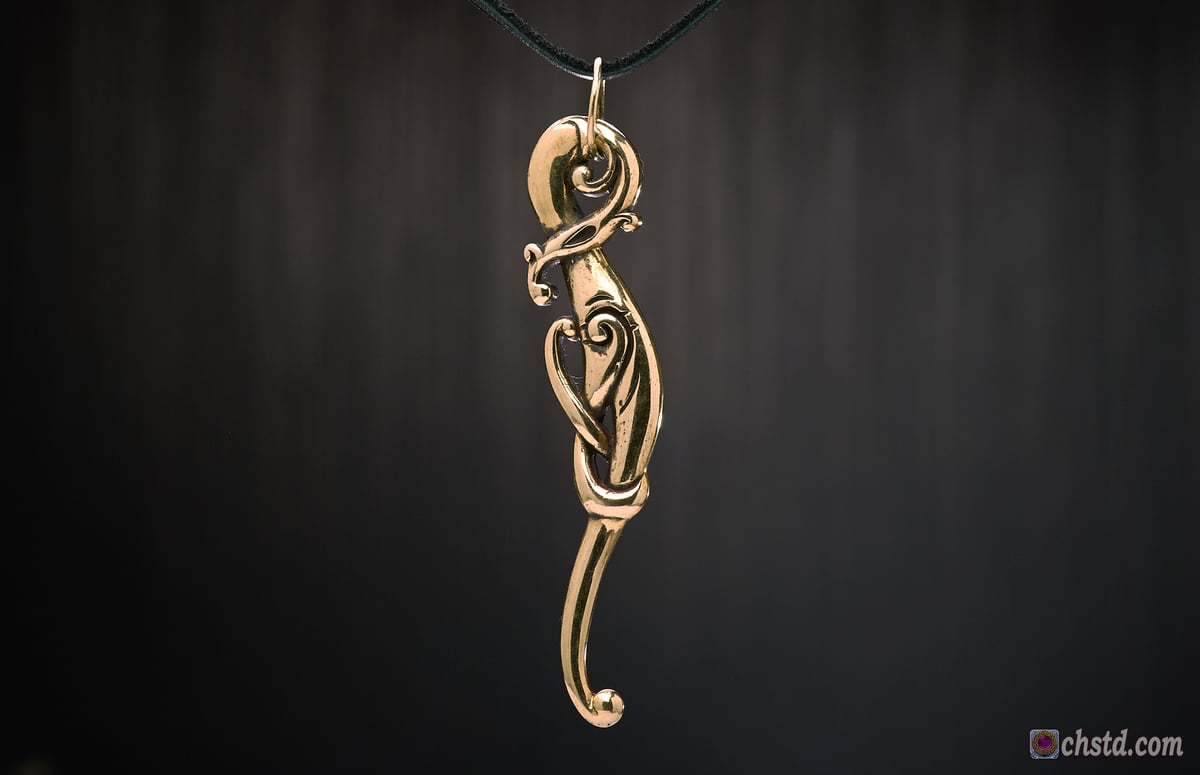 Celtic Serpent First zigzag images of a Serpent are found on the most ancient Celtic ware, e.g. Hallstatt period vessels. Later Serpents appear on images as curls or more distinctly as sinuous lines. At the same time a Serpent is perceived not as a kind of an animal, but as a polysemantic abstract symbol and the symbol of the process of creation. This allows interchanging a Serpent with other reptiles, such as lizard, centipede and crocodile or combining its symbol with such body parts of an animal as ram horns and horse head. This Talisman was used by Priests and Druids. The Talisman gave its owner the Serpent’s wisdom, cunning and the power of thought.